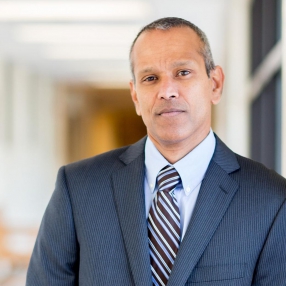 Rick Frederick, CIO of Cottage Hospital, Recognized as One of Top Hospital & Health System CIOs to Know in 2017

Becker’s Hospital Review has recognized Rick Frederick, CIO of Cottage Hospital, as one of 113 Hospital and Health System CIOs to Know 2017. Frederick was the only CIO in New England outside of Massachusetts named to the list.

Frederick stepped into his role as CIO in 2014 after serving for three years as director of Cottage Hospital’s information technology department. Under his direction, the hospital became one of just eight critical access hospitals nationwide and the only one in New Hampshire to successfully attest to meaningful use of Stage 2 for Electronic Health Records Improvement in the first qualifying period in 2014.

The announcement from Becker’s Hospital Review stated that “the executives are leading their organizations through healthcare’s technology revolution, overseeing EHR installations, new patient portals and telemedicine advancements while working to keep data secure from breaches, among countless other priorities. They have received various awards and maintain involvement in organizations such as the Healthcare Information and Management Systems Society and the College of Healthcare Information Management Executives.”